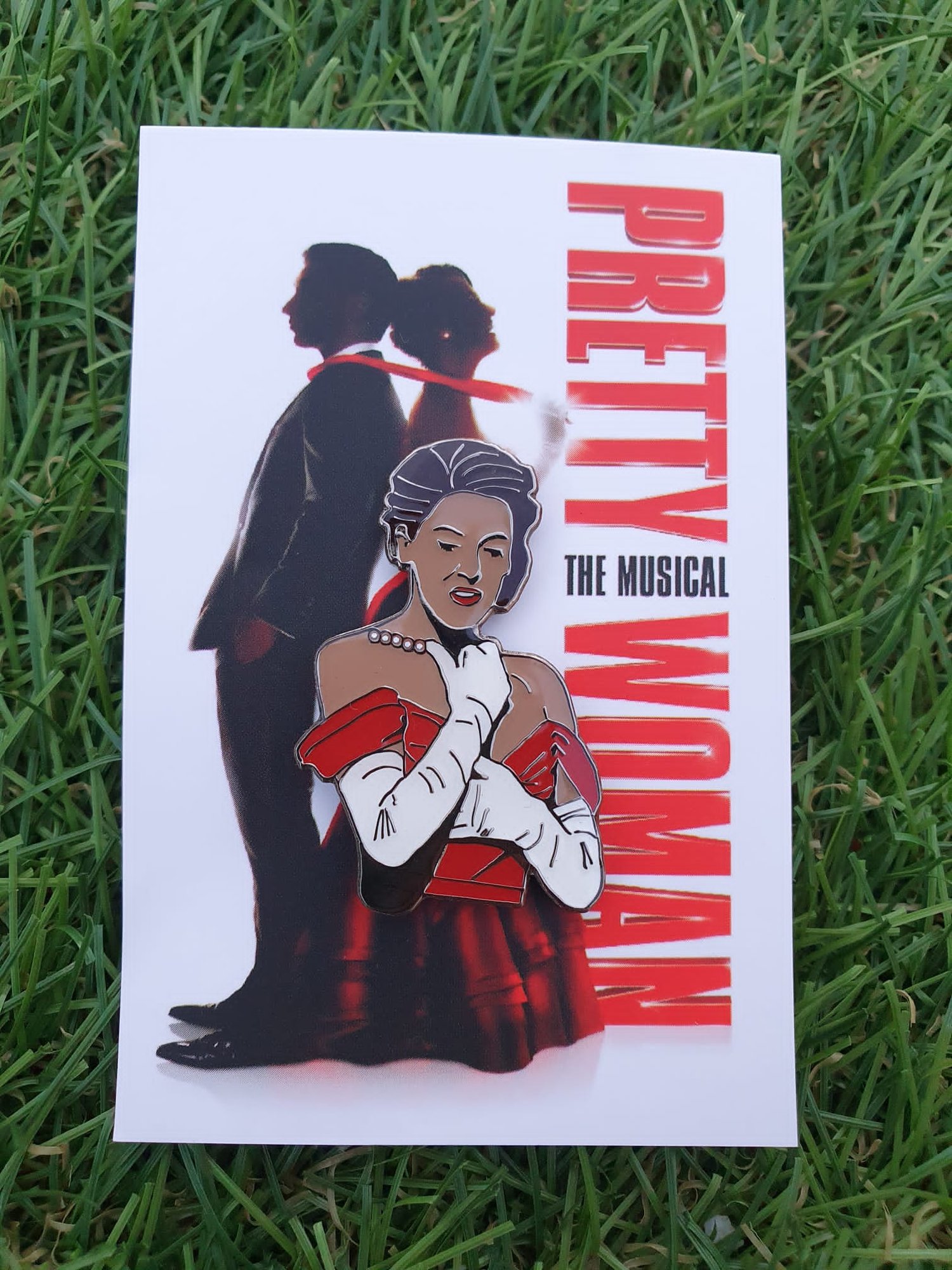 Show off your love for the iconic Vivian Ward with this high-quality enamel pin, featuring Aimee Atkinson as Vivian in the hit musical adaptation of 'Pretty Woman'.

Measuring 40mm in size and presented on a backing card, this pin is the perfect accessory for any fan of the classic romantic comedy.

Wear it on your jacket, bag, or anywhere else you'd like to add a touch of glamour. Order yours today!"

"Pretty Woman: The Musical" is a stage adaptation of the 1990 romantic comedy film of the same name. The musical features a book by Garry Marshall and the film's screenwriter J.F. Lawton, with music and lyrics by Bryan Adams and Jim Vallance.

The story follows down-on-her-luck escort Vivian Ward, who is hired by wealthy businessman Edward Lewis to be his companion for a week. As the two spend time together, they begin to develop feelings for each other and must navigate the challenges of their different worlds.

The musical features memorable songs from the film, as well as new compositions by Adams and Vallance.